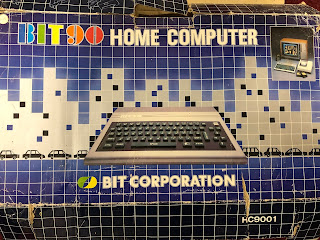 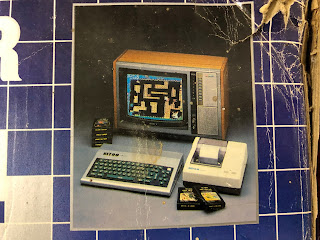 There is unfortunately not very much information about the Bit90. I received an email from Mark from Traralgon who offered me this machine. When he contacted me, I had never heard of this machine so I was pretty excited to learn all about it.

What I did learn that the machine was some kind of Z80 machine that was based on the Colecovision hardware.The other reference had a bit more information but it was quite sparse. This made it even more interesting a find.

The box was interesting. You can see the Bit 90 machine in the corner with what appears to be Atari 2600 cartridges, however the graphics on the screen are way more advanced than the 2600 offers, which made me consider the Colecovision as factual.

Unfortunately, the machine came with NO MANUAL and the box does not provide any insight into the machines capabilities. 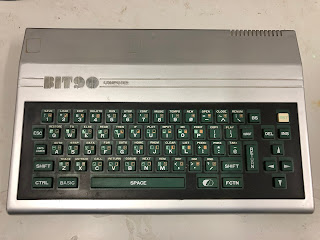 This particular machine is in pretty good condition - better than I would have expected. It does have a few interesting modifications which at the time of this writing are for functions unknown. However I will show what has been done. 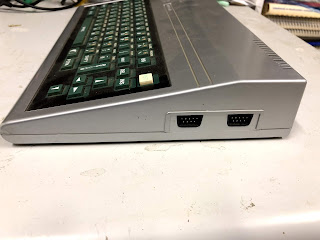 The unit has two ColecoVision compatible joystick ports on the right hand side. I have proved this later in the blog. 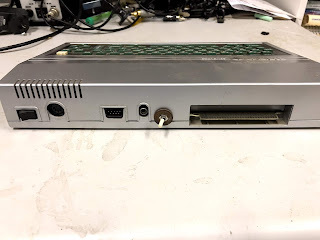 The rear has a power switch, power supply connector, what I would describe as a multi-purpose connector (it has composite out, audio out and tape interface all in one cable), an unknown switch (interestingly the case has a professionally milled out hole so something was here prior to this switch) and an edge connector on the rear for some kind of expansion. 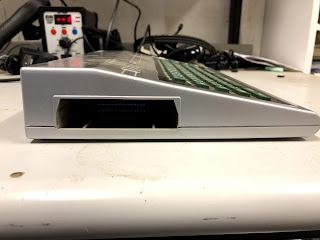 On the left side the system has a cartridge port which is definitely ColecoVision. 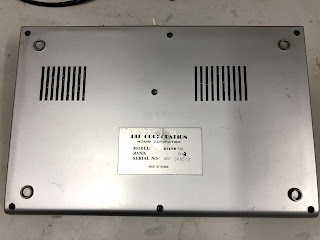 The bottom has the usual fixing screws, however 2 were missing as is typical for a unit that has been worked on or modified. 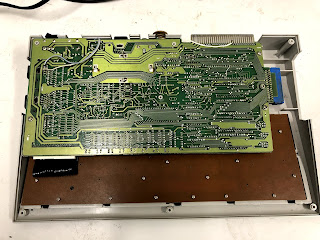 When you remove the back cover, I was surprised to find the system board is retained by the top half. It is held to the top of the case with two screws. 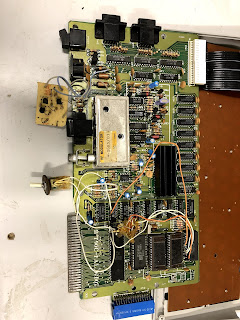 This then reveals the interesting condition that this unit is in. The switch appears to switch the ROM to a different mode or fires up an additional ROM. I have been unsuccessful in identifying what it does at this stage as the switch makes no change on power up OR while on. 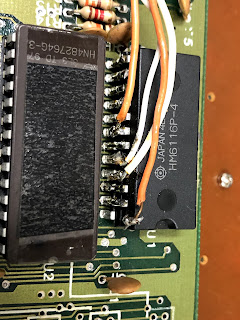 As you can see, the ROMs next to each other do not look original. The HM6116P static ram chip has also had its legs mangled and soldered to this additional circuit. 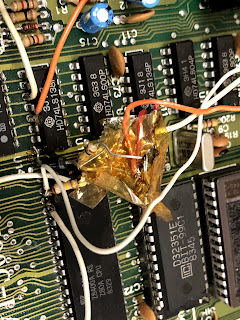 This birds nest of wiring contains a couple of resistors and some joins, held poorly together in some ancient tape wad. 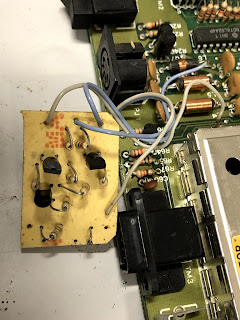 This little unknown circuit board is attached near the power supply and nicely wrapped in gaffa or duct tape. 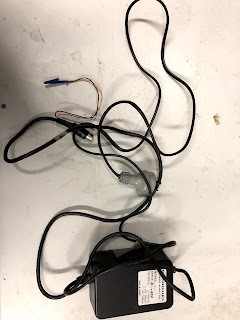 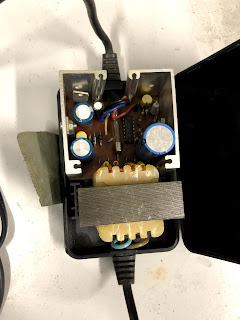 This power supply has also had a hard life. Not quite sure why, but there is some additional cables peeled back and covered with tape, and the power supply unit has been opened for some reason but all appears well inside. 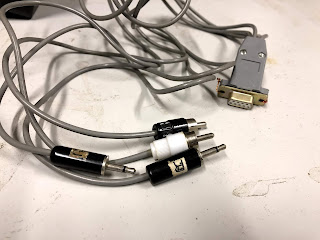 Here is the "multifunction" cable of video, audio and tape control. 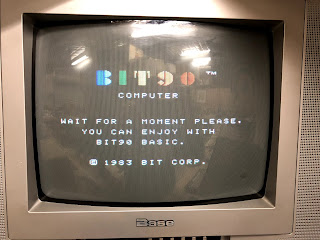 Ok. Lets set thing thing up and turn it on. Without any cartridges and plugged into RCA, initially you get this for around 5-10 seconds. 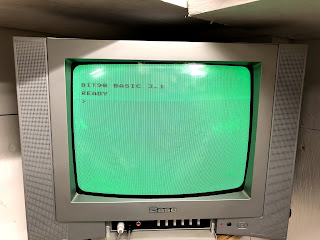 Then comes the BASIC prompt. 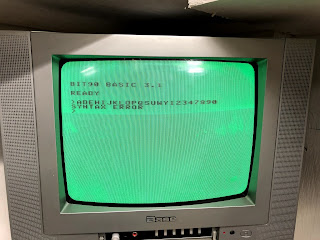 I was curious to see what keys worked on the keyboard so I typed the Alphabet then typed the numbers on the keyboard. As you can see, I will have to clean this keyboard internally and possibly regraphite the keys. 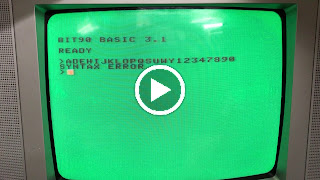 The system beeps when typing. 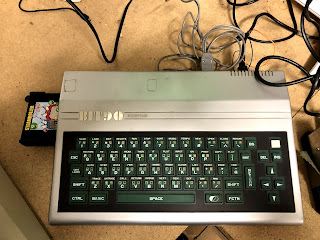 So I then decided to see what ColecoVision compatibility we had. I grabbed the closest cart to the unit, which happened to be Steamroller. 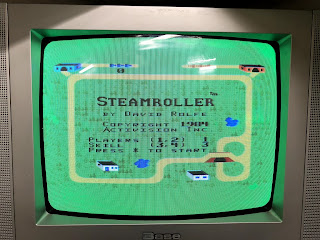 Amazingly, after a few seconds - the game looks like it should! 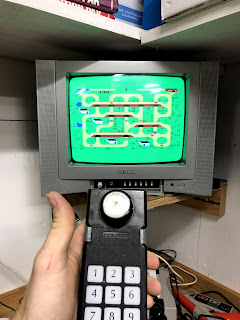 I grabbed my ColecoVision controller, plugged it in. I was able to follow the instructions and play the game!


The whole setup was very painless. That wraps up my initial play with the Bit 90 but I will no doubt delve deeper once I get the keyboard working. What a great find! If anyone knows the whereabouts of a manual that I can read, it would be most appreciated.
at July 19, 2019